Welcome to one of the most popular slot games around. A favourite of many, Buffalo by Aristocrat is a five-reel slot with 1,024 ways to win. It holds one of the best free spins feature around. You can win a maximum of 999 free spins if you’re lucky! The excitement is real when playing Buffalo slot machine. 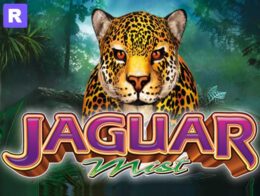 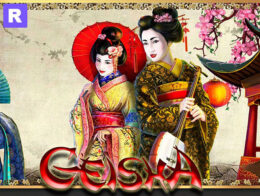 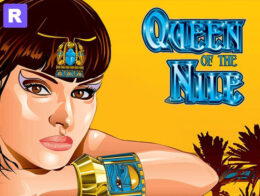 Play Now
Queen of the Nile 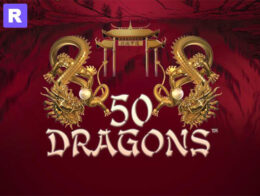 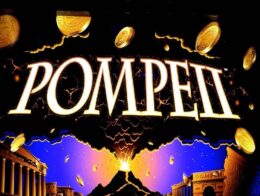 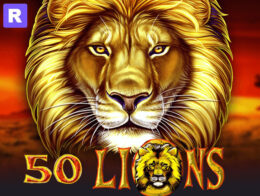 Buffalo is a hugely popular slot machine that takes you out on to the American plains. Here you will encounter all kinds of wild creatures. The original Buffalo slot proved so popular in live casinos that it has spawned several exciting sequels. These added progressive jackpots, wheel bonuses and unique features like a ‘stampede’ that added more high paying symbols and expanded the reels.

The buffalo itself is the standout symbol in all the slots in this range. It appears stacked on all five of the reels and can lead to some huge pay outs. Buffalo slots use an all-ways setup, feature free spins which are easy to retrigger and have wilds which can multiply your prizes.

Alongside the original, Buffalo Gold, Buffalo Grand and the new Buffalo Diamond are popular choices.

It’s hard to say why exactly this buffalo slot machine has made such an impact with players, but it’s likely due to a balance of many things. While the game’s colorful neon aesthetics and animal sound effects are instantly engaging, it’s the exciting features that keep players coming back for more.

Buffalo is a 5×4 reel game that offers 1,024 ways to win. There are several exciting features that help boost the value of wins, including stacked Buffalo symbols that can appear on multiple reels, a wild symbol, and a scatter symbol that can trigger a free spins bonus.

Buffalo Gold, the second most popular variant, is similar to the original buffalo casino game with an increased betting size of 60 cents. A major difference is the inclusion of 2x and 3x multipliers when Wilds land, as opposed to multipliers being limited to the free spins round such as in the original.

Perhaps the most exciting thing about the game is the thrilling Gold Free Spins Bonus. This is triggered by landing three coin scatter symbols. In this bonus, you can collect gold heads, which will see different symbols be swapped to Buffalos the more you collect, further boosting the potential of your wins.

As the title suggests, Buffalo Grand promises a bigger, more elegant version of the original. The most obvious things that you’ll notice with this game is that the actual machines are a lot more high-tech than the original, and the animations and aesthetic have been given a more modern touch.

As for the actual features, the game is essentially a rehash of the original, so you won’t be missing out on any of your favorite aspects. High rollers, in particular, will be drawn to the game due to its maximum betting size of $7,500 per spin, and minimum bets are increased to 75 cents.

Other winning symbols on the Buffalo Gold slot machine include examples of wildlife like eagles, mountain lions, wolves and elks. Playing card symbols in bold primary colors make up the smaller wins. Most symbols require 3+ from the left to trigger a win, though there are some smaller two-of-a-kind wins.

Buffalo Stampede features the same 1,024-line 5-reel set up as the original Buffalo slot game. Perhaps the largest major difference, aside from the minimum 75 cents per spin bet size and the design updates, is the inclusion of the expanding reels feature and the addition of some extra progressive jackpots.

The expanding reels feature, or Stampede, will happen at random when a herd of lassoed buffalo run across the reels. This can either add a sixth reel to the equation or alter the positions of some reels in order to boost your chances of winning jackpots.

Buffalo Gold Revolution is an updated version of the Buffalo Gold slot and adds an exciting jackpot bonus wheel to boost your wins. Once three scatter coin symbols land, you will be taken to a jackpot wheel rather than head straight to the free spins bonus round.

The options include coins/jackpots, which will award you coins or the progressive jackpot, then another spin of the wheel. Extra heads will award you between one and three gold heads and an extra spin. You can keep spinning the wheel until you land on the free spins.

The latest in the Buffalo franchise is Buffalo Chief, which was released to much excitement in 2020. Of course, you can expect state-of-the-art graphics and mechanics, but that’s not all. The game offers an enhanced experience with even more ways to win and the potential for larger stacks.

Two thrilling features include the Supercoin, which can add up to 250 symbols during free spins rounds, and a Gigantic Stampede feature that offers a whopping 16,000 ways to win. Better yet, Gigantic Stampede promises that a 5-of-a-kind Buffalo will land across the reels.

The gameplay, graphics and sound effects of the Buffalo Gold slot machine will be familiar to bettors who’ve enjoyed Buffalo slot machines before. The 2021 version includes enhancements in the animations, though some might not like how the wolf howls when a winning spin happens. In the free spins round, players collect golden buffalo symbols, which turn symbols into the jackpot symbol for the duration of the free games round. Collect enough and you win the Buffalo Gold jackpot.

Unlike the new Buffalo Grand, the Buffalo Gold slot machine variation uses a conventional setup of four rows and five reels. It uses the all-ways system, which pays for consecutive symbols from the left-hand side, regardless of their position. Bet increments are 60 cents. Each casino operator sets the Buffalo Gold slot machine’s max bet according to their whims, although a real money high limit of around $3 is the norm.