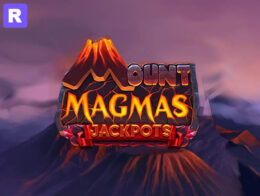 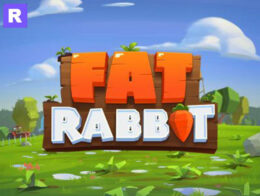 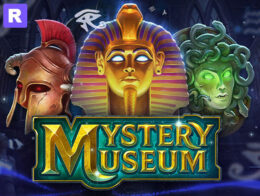 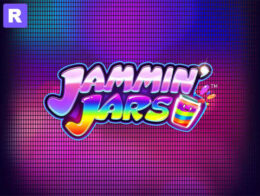 How to play Joker Troupe Slot

Joker Troupe Slot has four reels and each reel has just three rows. Also, this video slot has 10 paylines that are always in play and cannot be changed. You can change the bet value, however. Simply click on the up arrow and you can select a bet value between 0.20, and a maximum bet of 200. This means that both high rollers and low spenders can enjoy Joker Troupe.

If you like to play fast, there is also an autoplay feature, and a turbo spin option. The autoplay feature allows you to select between 10 and 100 spins. Also, you can select a loss limit between 5x and 100x your total bet, and a single win limit. The turbo spin feature can be activated from the settings menu – this decreases the animation time of the reel spins for quicker play.

The wild symbol is among those that you will find inside, a simple but powerful feature that will be helpful often, even if it’s not always spectacular in appearance.

Blue Jokers are symbols that you can use when there are three present on just as many reels (the last three). Their feature will consist of 3 respins, during which on the reels there are Red Jokers and Blue Hats. Get three Hats, or three Red Jokers, to get an additional reel and a bigger multiplier. Up to 25x multipliers are a possibility in this very exciting mode. The Blue Hats will reveal prizes, and then the multiplier that’s collected up to that point will be applied.

Free Spins can be triggered as well, and for that to happen you will need the right scatter symbols in view, the ones with the Red Jokers. In this mode, the game area will expand up to 4×10 reels, and the gameplay changes as well. You get just 20 seconds, during which the slot needs to spin the reels as many times as it can, getting you paid in the process. Get Red Jokers to fill back the meter and give you 10 extra seconds.

A Bonus Wheel is also present, among the game’s major features, allowing you to get rewards directly. This one triggers thanks to the Green Joker. It can deliver multipliers of up to 5x, prizes and the free spins.

How to Win Joker Troupe Slots

Winning at the game requires three or four matching symbols to land on the reel set, which has 10 paylines that are always active. Joker Troupe does not have a wild substitute but there are three special symbols to trigger an extra feature and a bonus symbol that triggers the free spins feature.

The game comes with three jokers – red, green and blue and each one has its own extra feature which they can trigger with three symbols anywhere on the reels.

The red joker activates a free spins bonus that can last 20 seconds. Each additional red joker resets the timer to 10 seconds, which extends the time which can result in more winning outcomes.

The green joker triggers the Green Joker Wheel which comes with multipliers. If the wedge rests on the regular numbers, that number is a payout for that amount which is followed by a respin. The middle circle is a 100x prize that can be reached by the wedge stopping on the multiplier segments more than once.

The blue joker is needed in threes in order to trigger the corresponding bonus. This is a feature that comes with sticky joker symbols and multipliers that can land for up to 25x on the bet. If three red jokers land during the feature, the player can get prizes between 0.5x and 25x.

The game is available as a free play demo slot at online casinos that host Push Gaming Group slots. The practice play mode enables players to try the game’s features and the general gameplay, however, winning outcomes are not paid in real cash.

The game’s payouts are decent enough for any player to become interested in the game, however, it is the features that can make or break the experience. Any of the jokers can trigger a feature that can pay a good amount of cash. The game isn’t quite Jammin’ Jars slot but it is still worth checking out.